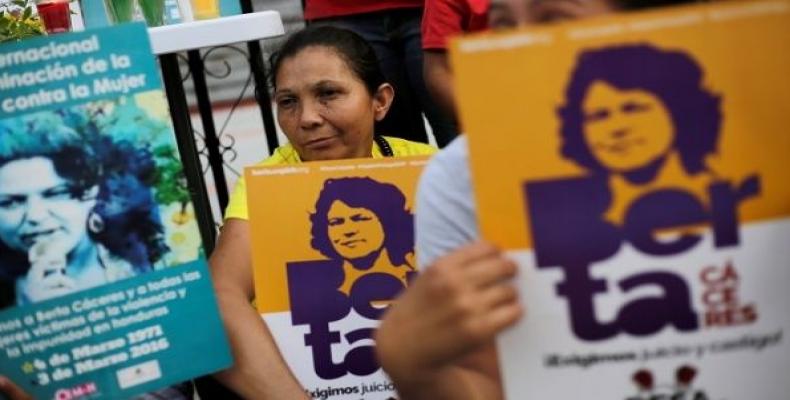 Tegucigalpa, December 1 (RHC)-- A Honduran court has convicted seven men for the murder of Honduran indigenous environmental leader Berta Cáceres. Cáceres, a winner of the Goldman Prize for environmental defenders, was fighting the construction of a major hydroelectric dam on sacred indigenous land when she was shot dead in her home in March 2016, just two days before her 45th birthday.

The court ruled the murder of Cáceres was ordered by executives of the Honduran company behind the dam, known as DESA, who hired the convicted hit men to carry out the killing.  After the sentencing Olivia Zúniga, Cáceres’s oldest daughter, demanded that the masterminds behind the murder be brought to justice.