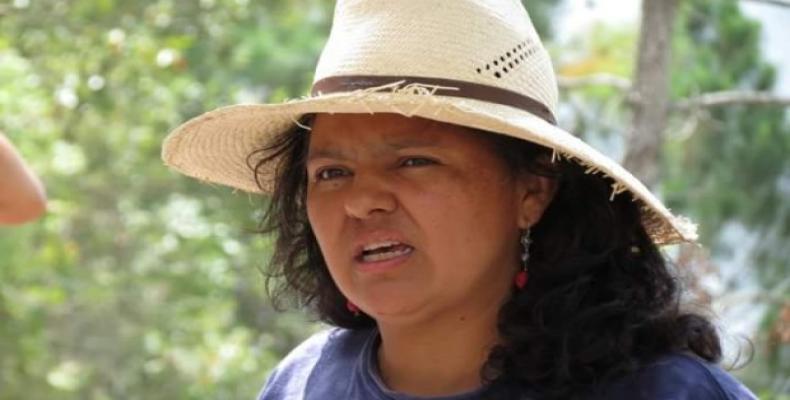 Tegucigalpa, June 17 (RHC-teleSUR)-- Members of the U.S. House of Representatives have introduced a bill to pull out security from Honduras in light of the recent murder of Indigenous environmentalist Berta Caceres.

Security training, equipment and loans would be on hold until Honduras fulfills a list of demands, including ending police impunity, withdrawing military from domestic policing and protecting communities most vulnerable to attack.

"The Honduran police are widely established to be deeply corrupt and to commit human rights abuses, including torture, rape, illegal detention, and murder, with impunity," reads the bill, dubbed the Berta Caceres Human Rights in Honduras Act, which made it to the House of Representatives.

It goes on to cite death squads, military police and corruption by high-up Honduran officials, who conduct extrajudicial killings, manipulate investigations and ensure the impunity of officers who continue to be promoted.

The United States currently sends $18 million to the Honduran military and police, on top of funding from the National Defense Appropriations Act and requests from President Barack Obama for more. It also approved a US$60 million loan to the police by the Inter-American Development Bank.