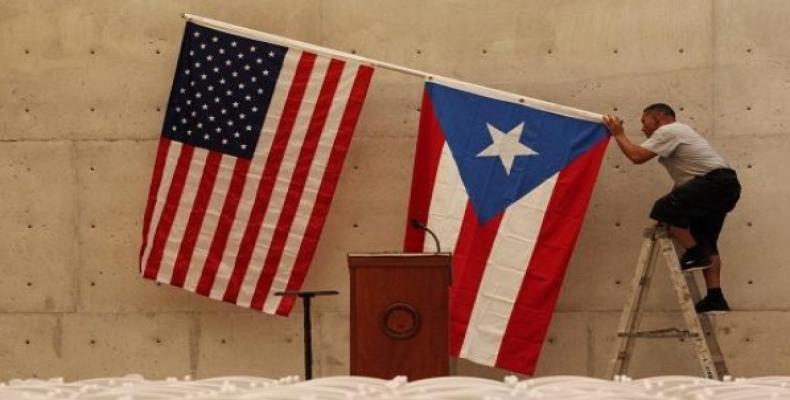 Washington, June 30 (RHC)-- The United States Senate voted on Wednesday to advance a controversial bill to address Puerto Rico’s crippling US$70 billion debt crisis, just days before the Caribbean island is poised to default on a US$1.9 billion debt payment.

Senators voted 68-32 for cloture of the bill, setting up a vote on final passage no later than Thursday afternoon.  Lawmakers predicted that the vote will be tight as supporters scramble to get the Puerto Rico Oversight, Management, and Economic Stability Act, also known as the PROMESA Bill, through Congress before Puerto Rico’s July 1 debt payment deadline.

PROMESA proposes to hand control of Puerto Rico’s economy, including debt restructuring, over to a Washington-appointed federal oversight board.  Both Republicans and Democrats back the bill.  Though several Democrats have raised concerns about the structure of the legislation, many also argue that the consequences of a default without a plan in place are too serious to justify opposing the bill.

House Democratic leader Nancy Pelosi, who has voiced criticisms of the bill, said a failure to pass PROMESA would mark “a tremendous win for the unscrupulous hedge funds that have held this bill up for six months demanding to be first in line over the needs of the people of Puerto Rico.”

Debt expert Eric LeCompte, executive director of Jubilee USA, argued in a letter to the Senate  that the “very serious” impacts on Puerto Rico if the bill fails would include threats to social services and pension protections, as well as a swoop of predatory “vulture funds” looking to exploit the economic crisis on the island.

Puerto Rico suffers a 45 percent poverty rate and high out-migration to the U.S. mainland, where rights as U.S. citizens denied to those on the island can be realized.  More than half of Puerto Rico’s children live in poverty and the local government has closed schools and cut funding for essential services to pay off its debt.