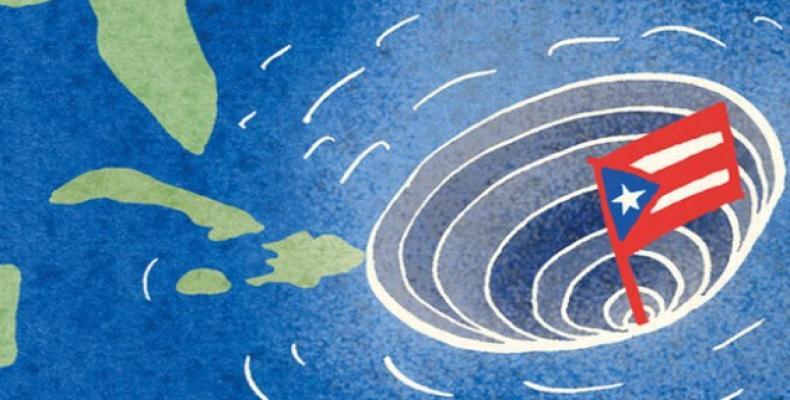 Washington, July 23 (RHC)-- Despite U.S. Congressional approval of the controversial PROMESA bill to “rescue” Puerto Rico from its US$73 billion debt crisis, top bondholders have filed a lawsuit against the island to repay its debts in full.

The newly-enacted Puerto Rico Oversight, Management and Economic Stability Act, or PROMESA, may stop the lawsuit filed in U.S. federal court in San Juan from moving forward.  It remains unclear how courts will deal with the case in light of the new bill that hands Puerto Rico’s finances over to a U.S. federal control board.

The suit accuses Puerto Rico and Governor Alejandro Garcia Padilla of violating PROMESA by issuing a moratorium on nearly US$800 million debt payment on July 1st.  U.S. Congress rushed through approval of the bill in the preceding days with bipartisan support, and President Barack Obama signed it into law on June 30h, even though it couldn’t prevent a debt default at the last minute.

Critics have slammed PROMESA as a colonial bill that serves as a pretext to undermine democracy on the island. The Obama-appointed, Republican-majority federal control board—approved in a U.S. Congress where Puerto Rico doesn’t have a vote and islanders can’t elect their own officials—will manage the restructuring of the debt and implementing austerity measures in Puerto Rico.

Opponents of the PROMESA bill in Puerto Rico launched an ongoing encampment on June 29 outside the U.S. federal court in the Hato Rey district of San Juan to protest the response to the debt crisis. Under the banner “federal control board, colonial dictatorship,” the camp refuses to recognize Puerto Rico’s public debt as legitimate and demands the immediate cancellation of PROMESA in favor of a democratic and self-determined process for the island.  San Juan Mayor Carmin Yulin Cruz has called PROMESA “a broken promise to the people of Puerto Rico.”