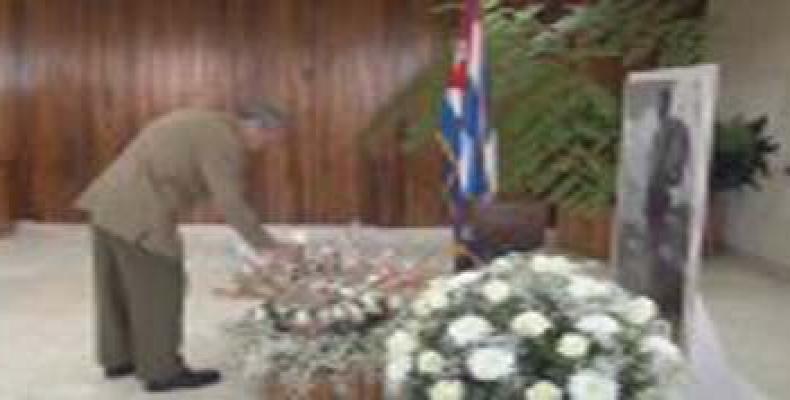 Havana, November 29 (RHC)-- Cuban President Raúl Castro and other leading Cuban government and Communist Party officials paid tribute on Tuesday to the historic leader of the Cuban Revolution, the late Fidel Castro, during a solemn ceremony at the headquarters of the Ministry of the Revolutionary Armed Forces (FAR).

The ceremony began with a minute-long silence tribute to Fidel at the Granma Hall of the FAR ministry, where Fidel's ashes are being held.