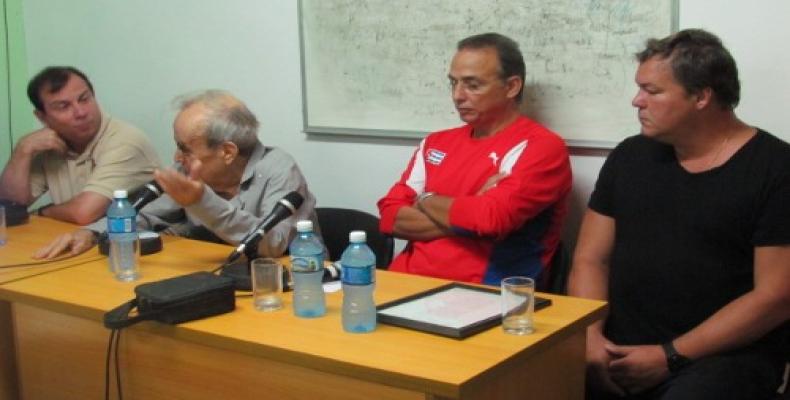 Escorting Tony, Fernando and Ramon during their visit was former diplomat and President of the Cuban National Assembly Ricardo Alarcon, who was the key figure on the Cuban side spearheading the campaign for their release.  Two of the Five, Rene Gonzalez and Gerardo Hernandez, were unable to attend -- with Rene out of town and Gerardo in the hospital for the birth of his twins.

During their live appearance on Radio Havana Cuba's Spanish language service, the Five recounted the role played by international solidarity in their release from prison in the U.S.  Cuban Five Fernando Gonzalez said 2003 marked the year when their case took international stature.  He said in 2003 the growing number of people in the world openly voicing concern over their situation began to have an impact on the U.S. administration and how they view the case of the Five.

The Five had words of recognition for the contribution that RHC had made regarding their case being known internationally, through the untiring work of journalists Bernie Dwyer and Marie Dominique, among others, and former station director Luis Lopez.

Arrested and imprisoned in Florida for their monitoring of extremist anti-Cuba groups there, the Cuban Five—Rene Gonzalez, Gerardo Hernandez, Antonio Guerrero, Fernando Gonzalez and Ramon Labañino—spent more than 14 years in prison in the U.S. before the last three were released on December 17, 2014, following the Cuban and U.S. governments' decision to begin normalizing their bilateral relations.