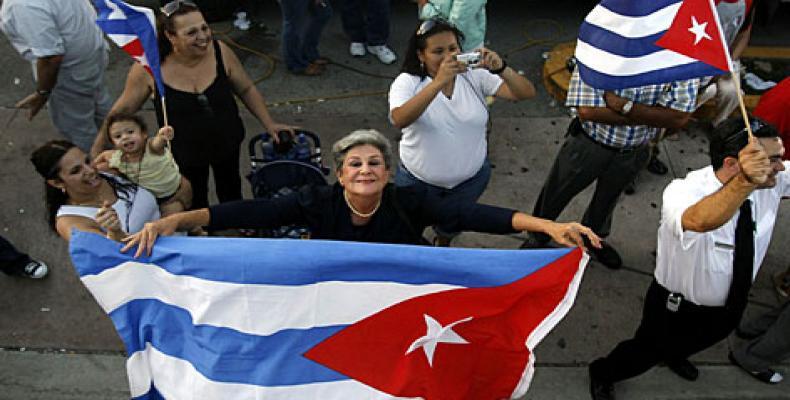 A number of leaders of the organizations making up the Alianza Martiana Coalition spoke, highlighting Fidel's historical significance for Cuba and the rest of the hemisphere.

Journalist Max Lesnik, director of Radio Miami, affirmed that Cuban residents in the U.S. joined Cubans on the island in mourning the death of the man who was undoubtedly a great leader and a strong defender of Cuba's sovereignty and independence.

Lesnik said: "Many years will pass by, and Cubans will continue to see in Fidel, just as in José Martí, a champion of national sovereignty. It is up to us now to follow their example and defend Cuba's sovereignty.”

Andrés Gómez, founder and National Coordinator of the Antonio Maceo Brigade also addressed the gathering in Miami. He said: “We are here to join the millions of people inside and outside of Cuba, who are paying tribute to Fidel, his lifework and legacy."

The organizations making up the Alianza Martiana Coalition are the Antonio Maceo Brigade, the José Martí Association, the Association of Christian Women in Defense of the Family, the Bolivarian Circle of Miami and the Circle of Ibero-American Intellectuals and Artists.