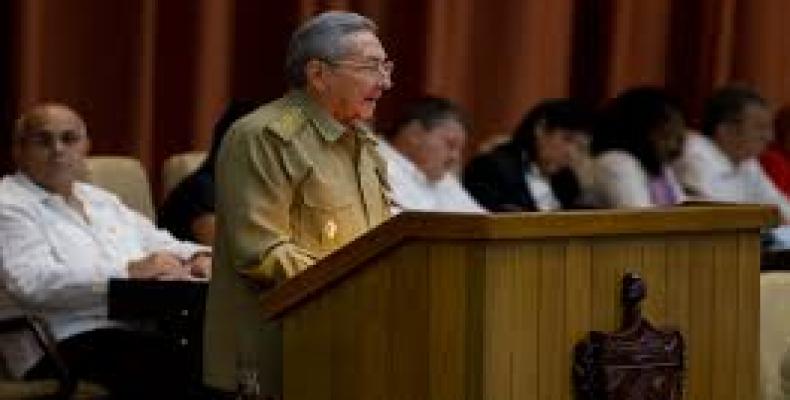 Havana, December 28 (RHC/acn)-- Cuban President Raul Castro warned that the country´s economy will continue to face in 2017 the ongoing financial tensions and economic challenges, but he predicted an improving trend during that time period.

In his closing speech at the Eighth Session of the Cuban Parliament, the President said that the country´s Gross Domestic Product is expected to grow by 2 percent next year. However, he said, to achieve such growth some conditions must be given.

He referred to the need to secure the timely collection of income derived from Cuban exports; to the need to increase national production to cut costly imports; to lower non-crucial expenses and to use available resources in a rational and efficient manner.

“Amid these difficulties we will continue to implement our investment projects,” Raul pointed out.

The Cuban Head of State insisted on the need to make foreign investment a more dynamic process, and voiced dissatisfaction over excessive delays in negotiations.  For this reason, he urged to drop reservations against the old mindset against foreign capital and to put down fake fears about it since he noted “we are not returning to Capitalism.”

The decrease in oil supply this year plus financial tensions led to a 0.9 percent fall in the country´s GDP, but the Cuban president added that health and education services remained fully free and at excellent levels.

The country was not affected by blackouts and neither suffered an economic collapse as evilly predicted by some international media.