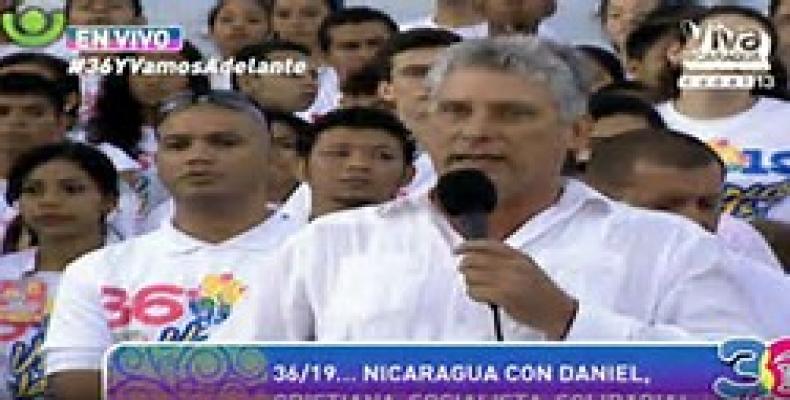 Díaz-Canel lead the Cuban delegation at Tuesday's re-inauguration of  Nicaraguan President Daniel Ortega, who was sworn-in for a third five-year term after garnering more than 72 percent of the vote in last November's elections.

In statements to the press in the Nicaraguan capital, Díaz-Canel said that the victory of Ortega's Sandinista National Liberation Front is a victory for not just Nicaragua, but for all of Latin America and the Caribbean, since it contributes favorably to ongoing efforts and mechanisms toward regional unity, integration and peace.