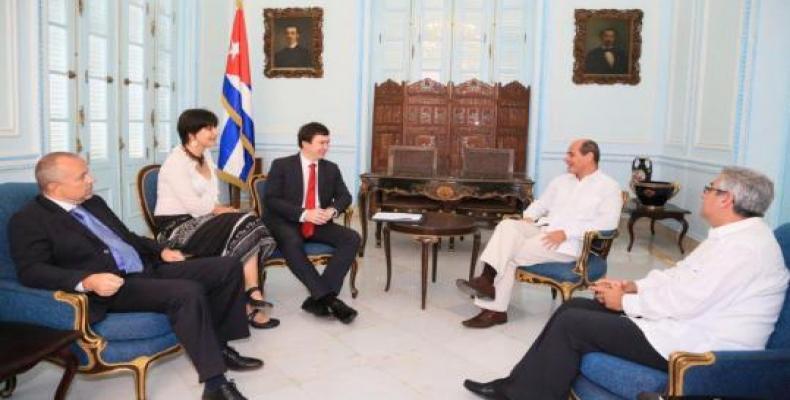 Havana, February 8 (RHC-PL)-- Cuban Deputy Foreign Minister Rogelio Sierra met in Havana with his Czech counterpart Lukáš Kaucký, who is on a working visit to the Caribbean nation.

According to the Cuban Foreign Ministry spokesman, both officials exchanged views on the main issues on the bilateral agenda and the prospects for its expansion.

Sierra and Kaucký expressed the shared will to maintain the political dialogue between both foreign ministries and highlighted the progress in the links between Cuba and the European Union, especially since the signing last year of the Agreement on Political Dialogue and Cooperation between the Caribbean nation and the top European organization.

The Cuban Deputy Foreign Minister also thanked the Czech Republic for its support of the Cuban resolution in the United Nations General Assembly that calls for the immediate end of the U.S. economic, commercial and financial blockade against Cuba.