Disability Activist to Run for Ecuadorian President in Next Year's Elections 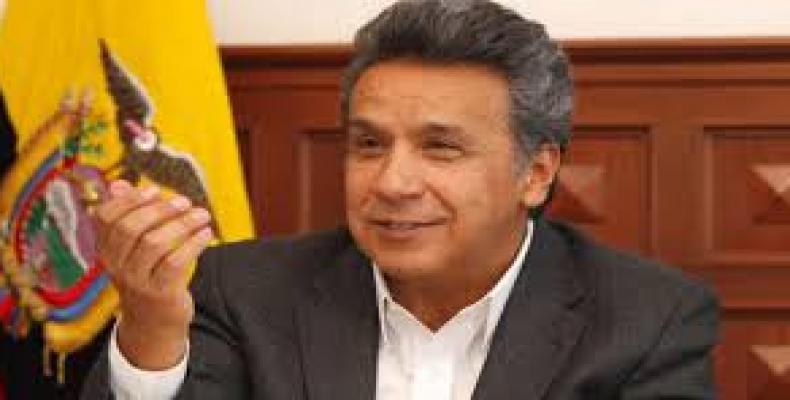 Quito, October 4 (RHC)-- Ecuador’s ruling party, the Pais Alliance, has elected Lenin Moreno to be its next candidate for president.  The 63-year-old Moreno accepted its nomination following a vote from the members of the party during the 5th National Convention in Quito, before more than 20,000 supporters.

The former Vice President under Rafael Correa from 2007 to 2013, who has been in in a wheelchair since being shot in 1998, has since served as Special Envoy on Disability and Accessibility at the United Nations.  President Correa, during his last party convention as head of state, said: "The right person to continue this process is this incredible human being, Lenin Moreno."

The Ecuadorean constitution allows for unlimited consecutive re-elections for public office, but Correa proposed an amendment to restrict these limits in an effort to calm critics who accused the president of seeking to extend his time in power.  Even though a referendum could repeal this law, Correa announced last year that he would not seek a third term.

Moreno changed the country’s old policies of exclusion for disabled people and created a social program that provided for job placements as well as subsidies for relatives who perform caregiving duties.

“Let’s continue to walk together until the end," Moreno said at the meetings. "We need to embrace our brothers and sisters, because the road ahead is hard."  During the convention, Moreno also announced he would run with current Vice-Presidentm Jorge Glas.  Correa predicted that the Pais Alliance will win the next elections set to take place on February 19, 2017, without having to compete in a runoff election.

"Let’s be united, the task is to go to each province, county, parish, neighborhood, house, even to those who are opponents and tell them the legacy of the Citizen Revolution," added Moreno.

In 2013, Moreno was appointed to the United Nations post, and he currently leads the Committee for the Elimination of All Forms of Discrimination against Persons with Disabilities, at the Organization of American States. Moreno was also nominated for the Nobel Peace Prize in 2012 by lawmakers in Ecuador's National Assembly.