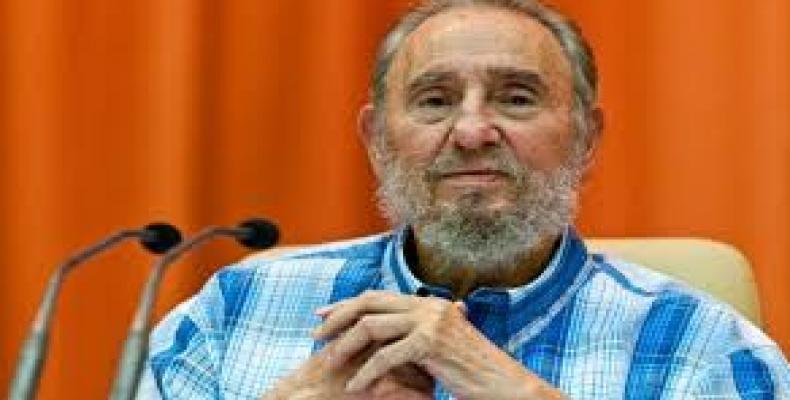 New York, August 15 (RHC-PL)-- Diplomats and solidarity activists participated Monday in a ceremony in New York to pay tribute to revolutionary leader Fidel Castro on his 91st birthday anniversary, an event during which they described his legacy as 'indelible.'

More than 100 people, ambassadors and officials from Latin America, the Caribbean, Asia, Africa and Europe accredited to the United Nations, attended the homage-paying ceremony at the Downtown Community Television Center (DCTC) in Manhattan.

Addressing those present, Cuban ambassador to the UN Anayansi Rodriguez said: 'We are here to celebrate the life of a man who devoted his entire life to serving the cause of the common good, the cause of the dispossessed of the world; a man who taught us that principles are not negotiable and we should uphold them whatever the sacrifice might be (…).'

During the ceremony, Downtown Community Television Center founder, U.S. journalist and filmmaker Jon Alpert, screened a film about Fidel, particularly his speeches and his countless direct contacts with his people.

According to Alpert, who accompanied Fidel Castro in 1979 on his trip to the UN, and immortalized his experience in a documentary film, Fidel inspired and continues to inspire many people around the world.