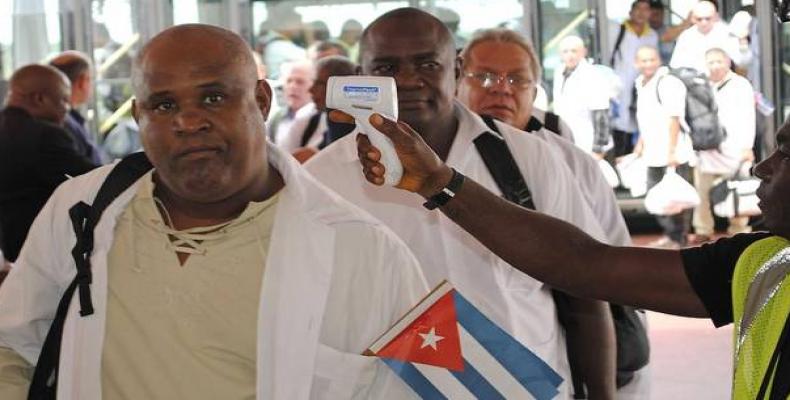 Monrovia, March 10 (RHC-Minrex) --  The Speaker of the House of Representatives of Liberia, Mr. Bhofal Chambers, met with the Chargé d'Affaires of Cuba, Yordenis Despaigne Vera.

It was a cordial meeting, where the head of the lower house expressed his condolences on the death of Commander in Chief Fidel and more recently of his son Fidel Castro Díaz-Balart.

He referred to Cuba's close relations with the African continent, from the presence of combatants in the movements and processes of national liberation in Angola, South Africa and other nations, "where Cuba was when no one was", to the current development processes with collaborators in areas such as health, education, agriculture and other sectors.

He particularly thanked the Cuban medical aid workers for the eradication of the Ebola epidemic.

The head of the Cuban mission conveyed a message of congratulations from the President of the National Assembly of the People's Power of Cuba, Esteban Lazo Hernández, to Mr. Chambers for being elected Speaker of the House of Representatives of Liberia. He also thanked the sustained support of Liberia in the struggle of the Cuban people for the definitive lifting of the blockade, both in regional forums such as the African Union Summit or ECOWAS, as in the United Nations.