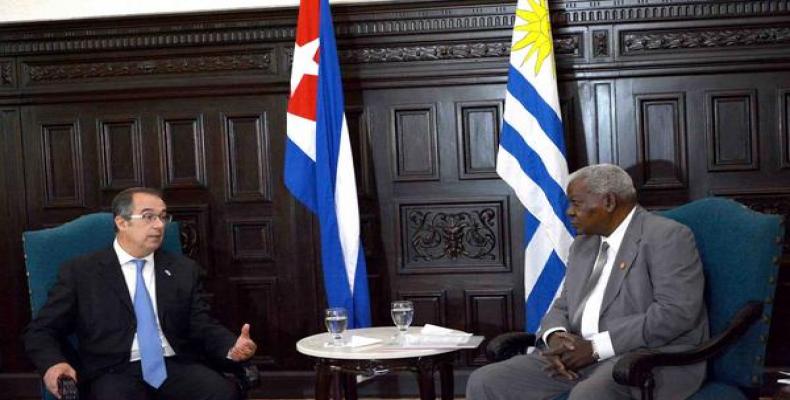 In statements to the press from the new headquarters of the Cuban Parliament, Lazo said the visit if further indication of the long-standing solidarity and friendship bonds between the two nations and peoples. “This visit will contribute to strengthen bilateral ties further,” he added.

The president of the House of Representatives of Uruguay pointed to the good relations between Uruguay and Cuba.

He thanked the Caribbean country for its strong solidarity and support, fully demonstrated every time Uruguayans have gone through hard times, he said. As an example, the Uruguayan legislator pointed to the hundreds of Uruguayan doctors trained in Cuba, as well as the over 70 thousand Uruguayan patients, who have benefited from the Operation Miracle free eye-surgery program, run jointly by Cuba and Venezuela.

During his stay in Cuba, the president of the Uruguayan House of Representatives is also scheduled to meet with other government officials, among them the head of the International Relations Department of the Cuban Communist Party Jose Ramon Balaguer, as well as with senior officials at the Cuban ministries of Foreign Relations, Education, Tourism and Culture.