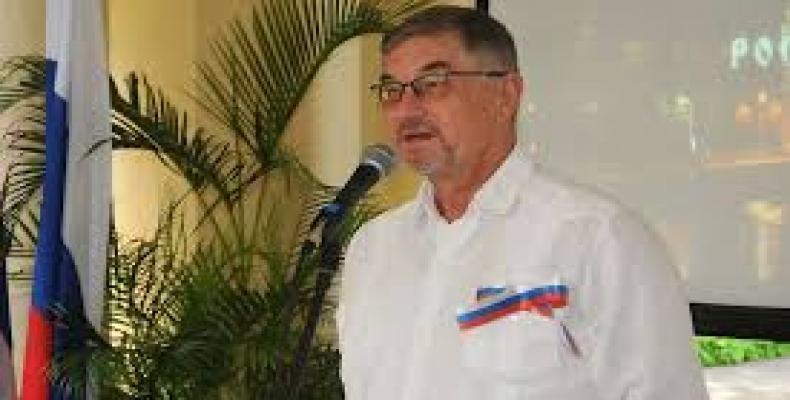 In his remarks at the ceremony, Deputy Foreign Minister Rogelio Sierra Díaz said the medal, bestowed by the Cuban Council of State, is in recognition of ambassador Kaminin's personal contribution over the past ten years serving in the post, to the advancement of Russia-Cuba relations, particularly political, economic and trade ties.

The Cuban diplomat praised Kaminin's role facilitating what he called 'frequent high-level exchanges' that have contributed to further cementing bilateral links.  He took the opportunity to also thank the Russian government and people for their strong, invariable stance in support for Cuba and against Washington's blockade policy toward the Caribbean state.

In accepting the high distinction, Ambassador Kaminin said it signals the historic friendship and solidarity ties between Russia and Cuba and pledged his full support for efforts to further strengthen bilateral ties.