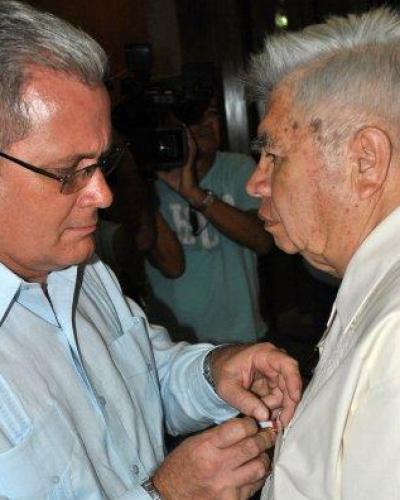 Havana, September 3 (RHC)-- Gustavo Espinoza, a Peruvian professor and journalist, received the Medal of Friendship in Havana, awarded by the Cuban Council of State for his countless expressions of support for the Cuban Revolution.

During the ceremony at Havana's Casa de la Amistad, participants highlighted Gustavo Espinoza's solidarity in favor of the Caribbean nation, and especially for the freedom of the Cuban Five.