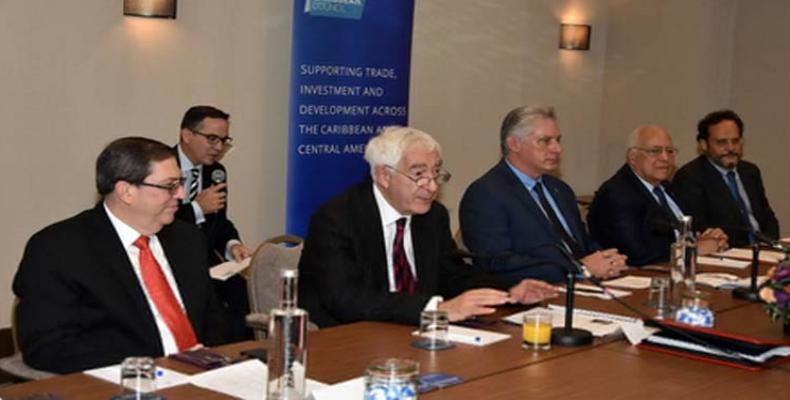 London, November 13 (RHC)-- Cuban President Miguel Diaz-Canel held a meeting in London with members of the Cuba Initiative, an organization that promotes economic cooperation, trade and investment between Cuba and the United Kingdom.

According to a report by Prensa Latina news agency, the co-president for the British part of this entity, Lord David Triesman, expressed the willingness to increase economic and commercial relations with Cuba.  He also announced that a meeting of the Cuba Initiative -- one of the three organizations affiliated to the Caribbean Council -- would take place in Havana next year.

Diaz-Canel pointed to the importance of the initiative, which constitutes a bridge of cooperation and collaboration between the two countries.  He reiterated the commitment of the Cuban government to continue working for the development of economic, commercial and cooperation links with his counterpart in the United Kingdom.

The Cuban president arrived in London on a layover after making an international tour of Russia and several Asian countries.