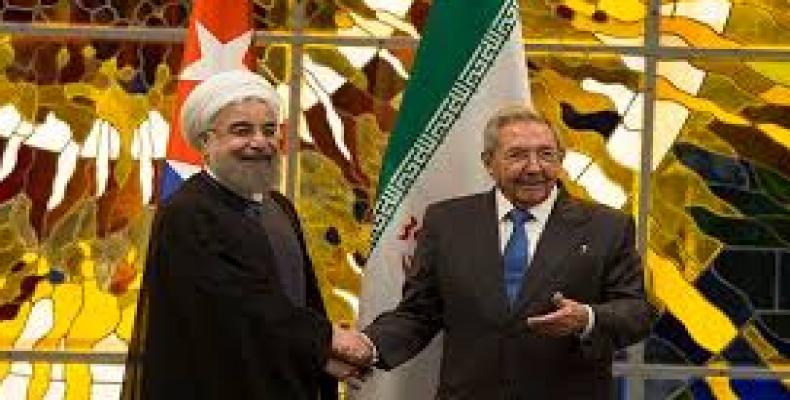 Havana, February 16 (RHC)-- Cuban President Raúl Castro met Wednesday in Havana with the Minister of Health and Medical Education of the Islamic Republic of Iran Seyed Hasán Ghazizadeh Hashemi, who delivered a message to the Cuban leader on behalf of the Iranian President, Hasán Rouhaní.

During the cordial encounter, the Cuban head of state and the Iranian health minister reviewed what they described as the excellent state of bilateral relations and expressed a common interest in further expanding them.

They also highlighted the positive results of the 6th session of the Cuba-Iran Intergovernmental Commission for Economic and Scientific-Technical Cooperation, which concluded earlier this week with the signing of 12 cooperation agreements.

Among the penned documents is a visa-exempt arrangement for  official/service and diplomatic passports from the two countries. Other agreements are in the areas of higher education, the pharmaceutical industry, agriculture, water resources, radio and television.