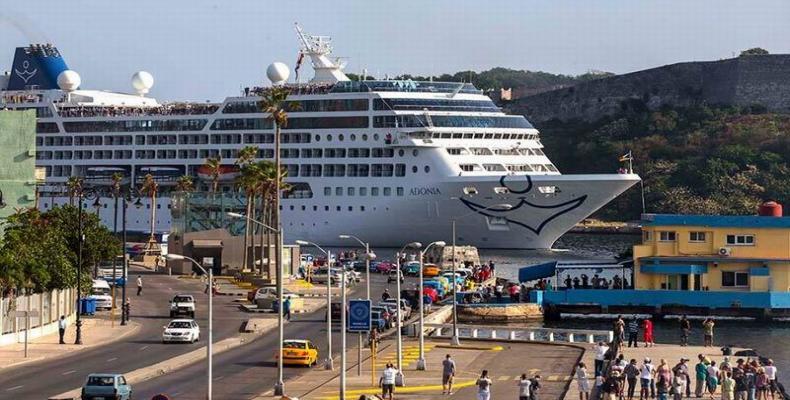 Havana, January 8 (RHC)-- Despite current restrictions imposed by the Donald Trump Administration, more than 639,000 U.S. citizens traveled to Cuba in 2018, according to Foreign Minister Bruno Rodriguez.

The minister told told "Mesa Redonda" (Round Table) program the figure demonstrates that Americans are increasingly aware that in Cuba there are guarantees for their safety and that the island is a peaceful and pleasant country.

Rodriguez said there are favorable but limited factors to advance relations between the two countries, such as the existence of embassies in both capitals and cooperation in sectors such as migration and compliance with international law.

He added that there are signals that point to the interest by some ruling circles on toughening the commercial, economic and financial blockade, through the application of more aggressive and extraterritorial measures and the creation of obstacles for issues such as the pending economic compensation between both countries.

The diplomat recalled the recent words of Raul Castro, First Secretary of the Communist Party of Cuba, during the celebration of the 60th anniversary of the Cuban Revolution, in which he expressed Cuba’s willingness to peaceful coexistence with the United States, based on mutual respect for sovereignty, although he predicted a course towards confrontation, that would imply a significant setback.

Rodríguez pointed out that an expression of the international isolation of the U.S. government on tits Cuba policy was the victory of the island's diplomacy in the voting against the blockade in the General Assembly of the United Nations, last November.  In less than an hour the international community voted nine times against this anachronistic measure, which Rodriguez described as a remnant of the Cold War.

On that occasion, through pressures and manipulations, the U.S. diplomatic officials presented eight proposals of amendments to the draft resolution presented by Cuba, which were overwhelmingly repealed.