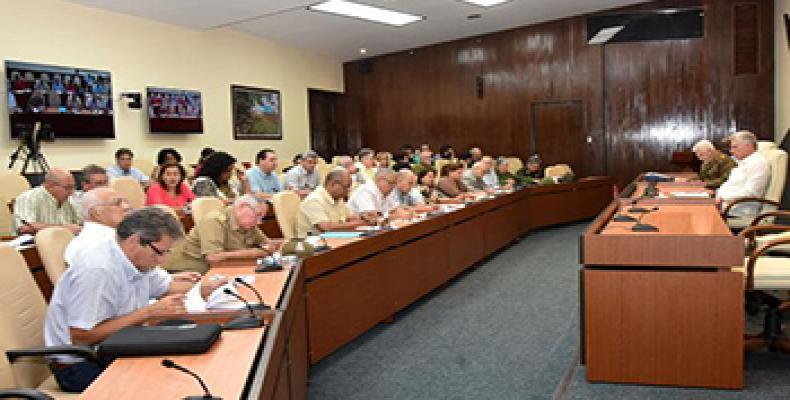 Havana, February 6 (RHC)-- Cuban President Miguel Diaz-Canel has called to prioritize housing damaged by the tornado that recently ripped through the capital.

During a meeting held Tuesday by the Council of Ministers to follow up on recovery efforts, the president called for meticulous work in assessing and identifying damage in affected communities, in order to avoid unnecessary errors and delays and restore homes as quickly as possible.

Díaz-Canel highlighted the importance of effective and efficient work, especially with regard to processing paperwork and the sale and distribution of construction materials.

According to Minister of Construction, René Mesa, the tornado affected more than 4,800 homes, of which 380 were completely destroyed.  He also noted that work to identify and repair damage continues in the municipalities of Regla, Guanabacoa, Diez de Octubre and San Miguel del Padrón.

Meanwhile, Communications Minister Jorge Luis Perdomo stated that work to re-establish phone lines continues in 10 de Octubre, where, in addition to repairing damage, important investments are also underway.  He noted that all communications lines can't be re-established until certain homes have been repaired or rebuilt.