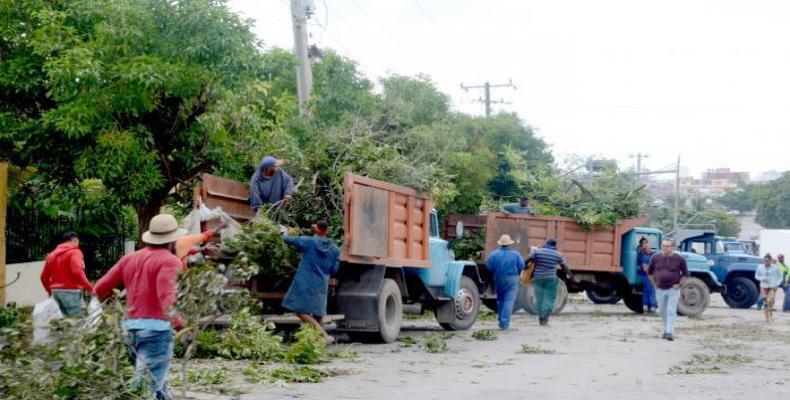 Follow-up meetings by the executive on the recovery began immediately after the devastating storm hit the municipalities of Regla, Guanabacoa and Diez de Octubre.

Headed by First Vice President Salvador Valdés, officials addressed the housing situation, with a reported 3,780 homes affected by the storm.  According to Minister of Construction, René Mesa, there were 372 total and 518 partial collapses following the tornado.

Minister of Domestic Trade Betsy Díaz, said that as of February 4, 412 people had purchased construction materials at the sales points across affected the neighborhoods.

Authorities in Havana explained that around 1,600 trees were felled by the tornado and work continues to collect debris, with more than 200,000 cubic meters removed to date -- an average of 35,000 cubic meters a day.

Regarding electrical power services, the Council of Ministers stated that has been fully restored, while linesmen are working to resolve some remaining difficulties in specific areas.

Work to re-establish communication lines has been advancing well across the affected areas, according to Communications Minister Jorge Luis Perdomo, with personnel working around the clock in Diez de October to restore telephone services to 1,400 homes.