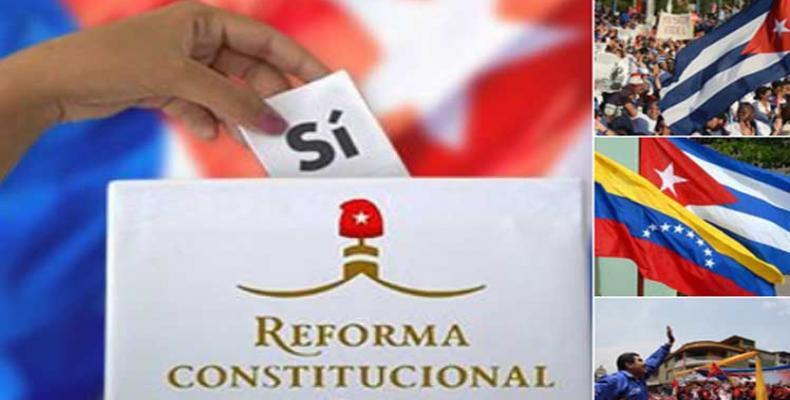 Havana, February 22 (RHC)-- Cuban President Miguel Díaz-Canel said that Cuba is ready to ratify its new Constitution this February 24th and show its support for Venezuela.

In a Tweet, Díaz-Canel wrote: “Our voices for the present and future of Latin America.”

A march in solidarity with Venezuela and supporting the new Constitution was held in the central Cuban city of Santa Clara.   Meanwhile, the Union of Cuban Artists and Writers, UNEAC, released a statement blasting a concert organized in Cúcuta, Colombia to facilitate foreign intervention in the South American nation.

The Cuban head of state called again for an end to aggression against Venezuela, following threats of U.S. military intervention under the pretext of an alleged humanitarian crisis in Venezuela.