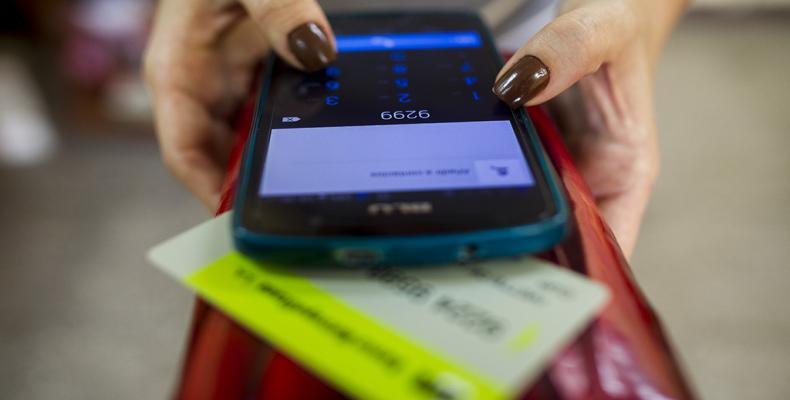 Havana, March 14 (RHC)--  Although it already has more than 6,796 customers registered in Mobile Banking, Banco Popular de Ahorro (BPA) in the province of Camagüey aspires to increase this figure, with the aim of facilitating all types of monetary transactions through the use of new technologies.

The service began operations at the end of 2016 in the territory, and since then more users have been gradually incorporated, explained Lilianne Morales Almaguer, a specialist in this type of services in that entity.

Such facility is based on the customer having a magnetic card, she said, so through a cell phone will be able to perform all types of banking operations while having the necessary balance without having to go to an ATM, where these payments are also made.

The payment of water, electricity and telephone bills, the transfer between bank accounts, and the consultation of the balance and the latest operations, were some of the facilities mentioned by Morales Almaguer.

Currently the development of electronic commerce in the country becomes a priority, which is why it is necessary for people to become more aware of the potentialities offered by the use of magnetic cards, because in addition to saving time in the management, these become a safer and more efficient means of payment.

Horacio Nava Fernandez, national president of BPA, said in this city during a working meeting, that the province of Camagüey has done an outstanding job in that mobile banking service, with the issuance of more than 123,000 units, a figure that must be increased even more precisely.