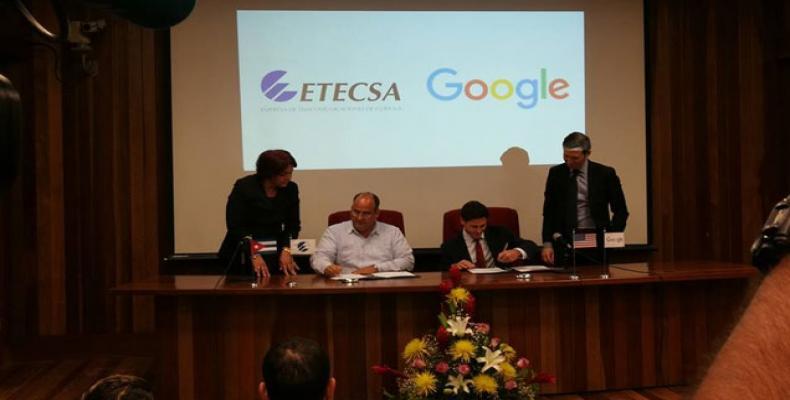 Havana, March 28 (RHC)—The Cuban telecommunications Company ETECSA) and the U.S. company Google signed a Memorandum of Understanding on Thursday to begin the negotiation of a subsequent Internet traffic exchange service agreement (technically known as "Peering"), with the aim of boosting access to internet content.

The provisions of the deal will be implemented when technical conditions allow it. The measure is part of ETECSA's strategy for the development and computerization of the Cuban society.

This Memorandum between ETECSA and Google is preceded by the signing and implementation of the Google Global Cache service, signed in December 2016 and in operation since April 2017, with good results.

Engineers from the two companies will now work together toward achieving a faster, direct internet connection

At present, there are more than ten US companies with agreements in force, for the benefit of both parties.