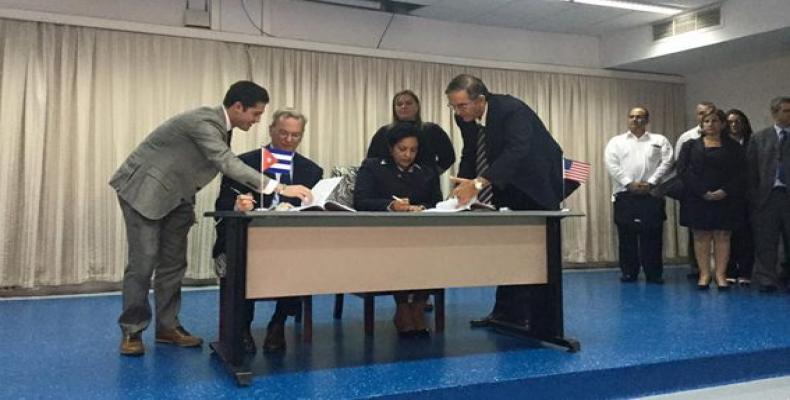 Havana, December 12 (RHC) — The Cuban telecommunications company ETECSA announced Monday morning that talks had successfully concluded with the Internet giant Google for the signing of an agreement that is expected to allow users in Cuba easier access to Google contents on the web, including YouTube.

The accord, said ETECSA, will also provide greater speed and service quality.  Sources close to the negotiations told AP in Havana that Google websites like YouTube could run up to 10 times faster on the island.  AP said the agreement was being announced by Google chairman Eric Schmidt in Havana.

Google is reportedly installing multiple servers in Cuba that will host much of the company's most popular content.  Storing Google data in Cuba eliminates the long distances that signals must travel from the island through Venezuela or Europe to the nearest Google server.

The U.S. does not authorize direct data connection with Cuba, rendering Internet painfully slow on the island, with many sites timing users out over the long wait.