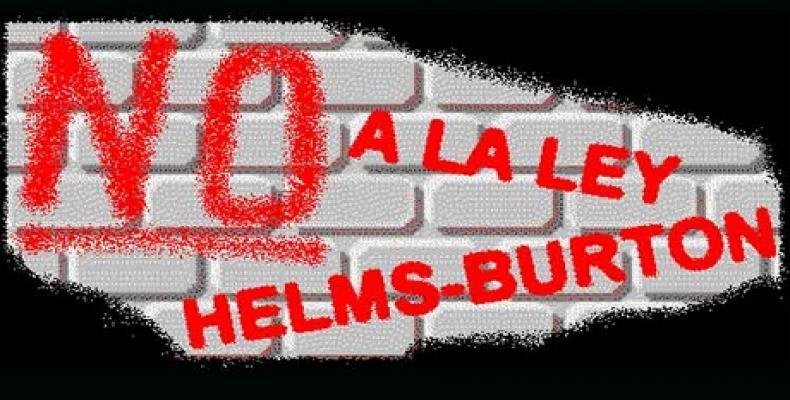 Havana, April 17 (RHC)-- Cuban Foreign Minister Bruno Rodriguez has described the activation of Title III of Helms-Burton as an attack on international law, Cuban sovereignty and an initiative that seeks a regime change on the Caribbean island.

Bruno Rodriguez tweeted: ¨I strongly reject the announcement by State Secretary Mike Pompeo, activating Title III of the Helms-Burton Law.  It is an attack on  This aggressive escalation of the U.S. against Cuba will fail.  As in Girón, we will win."

Through his Twitter account Rodriguez expressed his strong rejection shortly after Secretary of State Mike Pompeo announced on his social network Washington's decision to allow claims in US courts about "confiscated" properties, referring to the nationalizations of the Cuban Revolution.

According to the foreign minister, it is an attack on the sovereignty of Cuba and other states, considering the extraterritorial nature of Title III, aimed at depriving the largest island of the Antilles of foreign investments, threatening current and potential partners.

Pompeo noted that after more than 22 years, the Helms-Burton Act came into force in 1996, the administration of Donald Trump ends the suspension of Title III because the Cuban regime 'has not moved towards democracy.'

The Director General for the United States of the Cuban Foreign Ministry, Carlos Fernández de Cossío, denounced the decision in the framework of decades of the attempt to destroy the economy of the Caribbean nation, the victim of almost 60 years of blockade. He tweeted: ¨As expected, US government has announced additional punitive measures against Cuba in implementation of Helms-Burton. Part of an old man trying to choke the Cuban economy. It proves the US’ capacity to cause damage but also its failure to affect Cuba's sovereign will.  It will fail again."