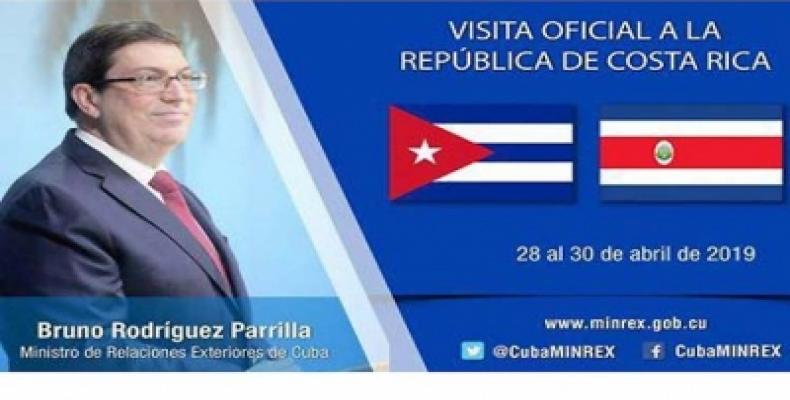 'The visit is a good opportunity to strengthen ties between Costa Rica and Cuba in different areas pertaining to political dialogue and cooperation, as well as economic and cultural exchanges,’ the top Costa Rican diplomat said in a press release.

After the meeting between the two foreign ministers, official delegations from Cuba and Costa Rica met at the headquarters of the Costa Rican Foreign Ministry.

Minister Bruno Rodríguez’ visit is the first by a Cuban foreign minister to Costa Rica since the reestablishment of bilateral diplomatic relations on March 18th, 2009.

Upon arriving in Costa Rica on Sunday, Bruno Rodríguez paid homage to José Martí at a monument built in honor of the Cuban national hero in the Central American nation. He then met separately with Cuban residents in Costa Rica and with members of solidarity with Cuba groups in that nation.

At both meetings, participants condemned Washington’s aggression on Cuba and the measures adopted by the current U.S. administration to suffocate Cuba’s economy, particularly the activation of Title III of the Helms-Burton Law of 1996.

Cuba solidarity activists issued a statement in which they condemn also U.S. policy of interference in other nations’ internal affairs and the extraterritorial nature of U.S. law.