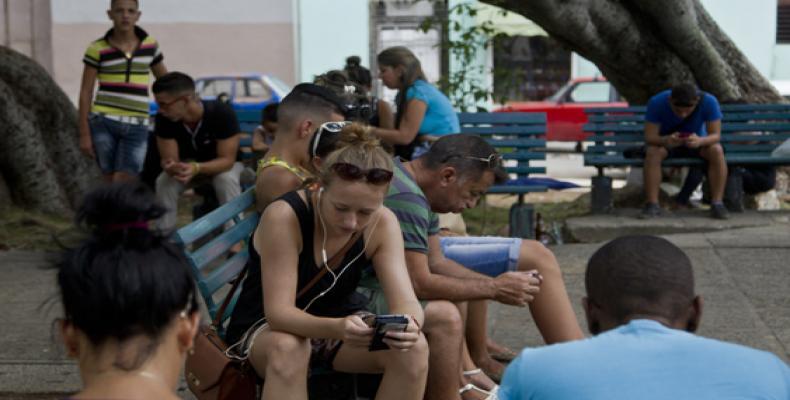 Havana, May 30 (RHC)-- The Cuban government will allow the creation of private landline and wireless data networks and will permit imports of modems and other communications gear, local media reported on Wednesday.

The measures, which were included in two Communications Ministry resolutions published in the Official Gazette on Wednesday, will take effect on July 29

The policy change is aimed at “regulating private data networks and high-speed wireless systems in the 2.4 Ghz and 5 Ghz spectrum,” the ministry’s director of regulatory affairs, Wilfredo Lopez, told a press conference.

Cuba is now moving quickly to expand digital service. For many years Internet was primarily available to scientific, academic, health and state institutions in general, and for professionals of those sectors.

The access to the world wide web then became available to the general public through public Wi-Fi spots, the so called “Nauta Hogar” for residential access, and since last December, through 3G wireless service.

The new policy will allow the issuance of licenses regulating the extensive private networks already operating in Cuba and likely the thousands of wireless devices and “nano sites” put up illegally on the island over the past few years.

Those private data networks will have two months to legalize their status after the new regulations take effect.

The government will allow both individuals and corporations to create private data networks in an effort to “contribute to the digitalization of society, the welfare of citizens, the sovereignty of the country and the prevention of the harmful effects of non-ionizing radiation,” Lopez said.