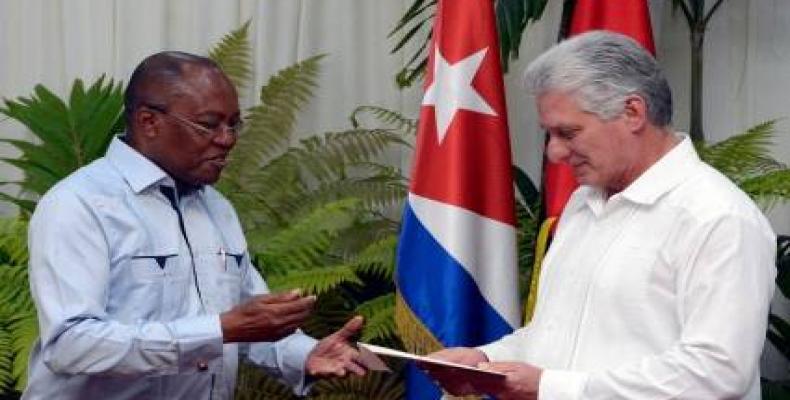 During the encounter, they welcomed the excellent state of bilateral relations, based on historic ties of friendship between both peoples, and expressed the mutual desire to strengthen political, economic, commercial and cooperation ties.

Augusto announced that Angolan president João Lourenço, will visit Cuba at the end of this month to strengthen bilateral ties.

In an earlier meeting with his Cuban counterpart, Bruno Rodríguez, Augusto announced that important legal instruments and others will be signed, "with the aim of strengthening the 'indestructible' ties with the Caribbean island."

Speaking to local media, the Angolan top diplomat said his visit reaffirms the solidarity and gratitude of Angola to the largest island in the Caribbean, especially in times of aggression and blockades that seek to limit its capacity for development.

He also highlighted the important contribution of Cuba to the independence of his country, as well as the support for social and economic development programs.

Currently some 800 Cuban health specialists and 1,137 education workers serve in Angola, while 2,180 Angolan students are trained in Cuba.