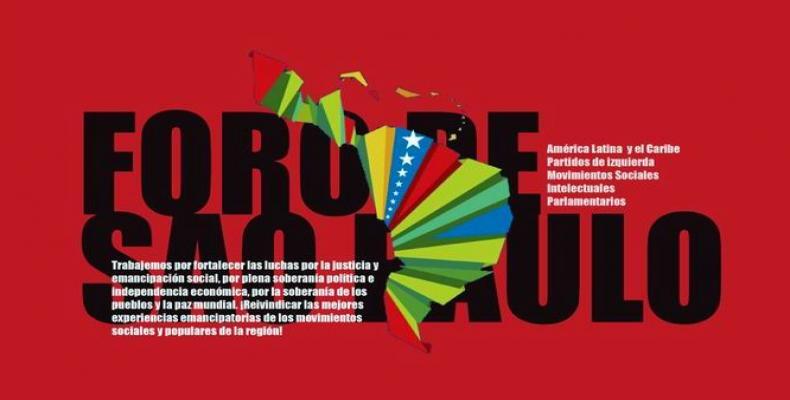 Havana, July 24 (RHC)--Cuba's Foreign Minister, Bruno Rodríguez, called on progressive forces to ratify their commitment to peace at the Sao Paulo Forum, in face of the current neoliberal attack on Latin American countries.

"Let's all, left-wing and progressive forces, convene at the Sao Paulo Forum where we'll ratify our commitment to peace in face of neoliberal capitalist attack against our peoples and the challenge represented by implementation of Monroe Doctrine in Our America." he wrote in his Twitter account.

From July 25 to July 28, Venezuela will host representatives of a hundred political parties on the occasion of the regional meeting.