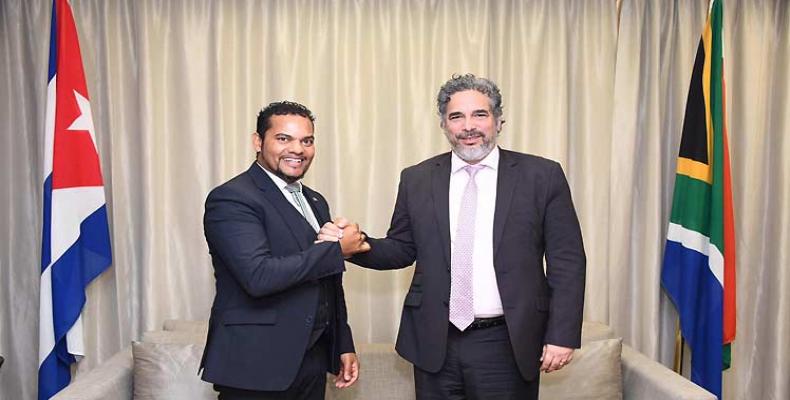 Pretoria, August 10 (RHC)-- Cuban ambassador in South Africa, Rodolfo Benítez, and the South African vice-minister of International Relations and Cooperation, Alvin Botes, reviewed the progress of bilateral relations, in preparation of the 15th meeting of the Joint Consultative Mechanism, to be held in Pretoria, on September 5.

During that meeting, the parties exchanged views on various bilateral, regional and international issues of mutual interest, and highlighted the excellent level of political ties and cooperation between the two countries, which this year celebrate the 25th anniversary of their diplomatic relations.

According to the island's diplomatic mission,  Ambassador Benitez briefed the South African official on the growing hostility and einforcement of the US  economic, financial and commercial blockade againsrt Cuba.

He also thanked the Vice-minister for his recent public statements of solidarity with the Cuban people, broadcast in various national and international forums and in two articles of his authorship published in the South African press.