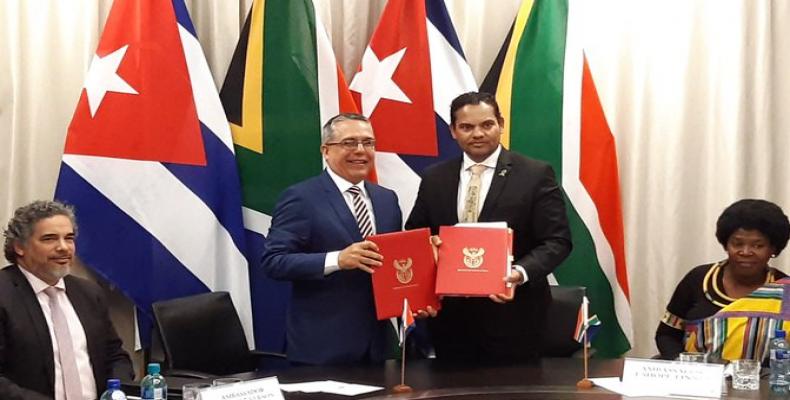 At the end of the meeting, a joint communique was signed by the two parties. On his Twitter account, vice Minister Medina voiced Cuba’s satisfaction with the excellent and fraternal relations between the two governments and peoples.

“With the Joint Consultative Mechanism we continue deepening and diversifying relations of friendship and collaboration”, he wrote.

Cuba's first deputy foreign minister arrived in Pretoria on Wednesday. On the first day of his visit his agenda included a meeting with the secretary general of the governing African National Congress (ANC) party, Ace Magashule, and his participation in an event that celebrated the quarter century of the formalization of bilateral ties, reports Prensa Latina.

Medina began a tour of African nations in South Africa, which will also include Zimbabwe, Tanzania and Rwanda.