Cuba reiterates support and solidarity with the Bahamas 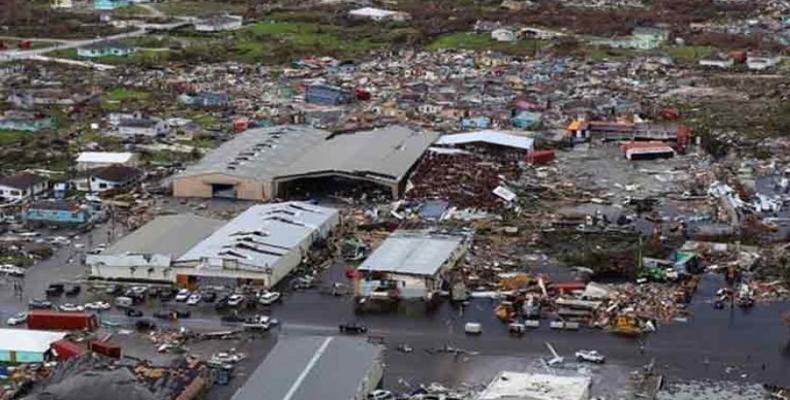 Havana, September 7 (RHC)—Cuban representatives are meeting with Bahamian authorities to coordinate the assistance Havana is offering to the devastated sister nation, after it was ravaged by Hurricane Dorian.

Foreign Minister Bruno Rodriguez Parrilla reiterated on Twitter the island´s solidarity and support to the Bahamian government and people in these difficult hours.

Earlier this week, President Miguel Diaz-Canel conveyed to Prime Minister Hubert A. Minnis the Cuban authorities’ willingness to cooperate, within its possibilities in mitigating the damage caused by the natural disaster.

There are currently 65 Cubans working in Bahamas and they have joined the relief efforts, in the recovery of schools, medical centers, and communities.

Volunteers with search dogs continue to scour neighborhoods flattened by Hurricane Dorian, while global relief agencies are rushing to get food and shelter Saturday to some 70,000 people in the Bahamas left homeless on two northern islands.

The death toll, now at 43, is expected to rise drastically, officials said, as hundreds remain missing, buried under rubble on Grand Bahama and the Abaco Islands by the strongest hurricane ever to hit the archipelago nation.