US agrobusiness representatives voice their opposition to blockade against Cuba 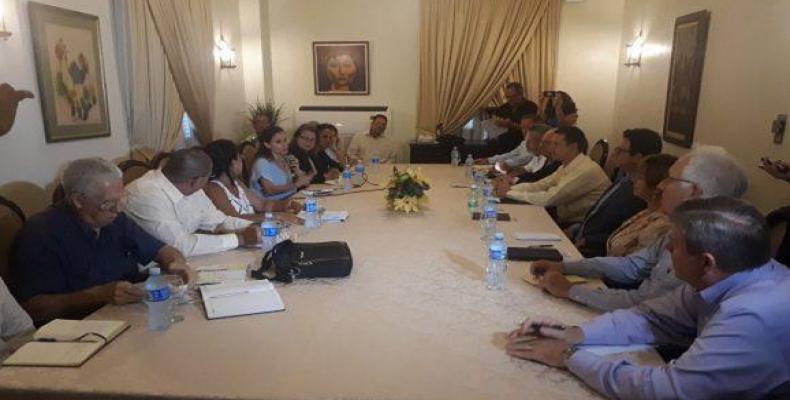 Havana, September 12 (RHC)-- The benefits that a normal relationship between the U.S. and Cuba would bring and the opposition to the U.S. government's economic blockade against the island were highlighted this Wednesday at the 2nd  Bilateral Agricultural Business Conference that taking place in the Cuban capital through Friday.

In an address to the event, Paul Johnson, co-president of the U.S.-Cuba Agricultural Coalition, ratified that, despite the complex political situation that currently exists between the two nations, the Americans immersed in this program denounce the economic, commercial and financial blockade, and assured that trade with the Island could be widely beneficial for both parties.

The executive highlighted fruit and shrimp among the possible lines to import from Cuba and noted that to date chicken and soy products  are the most exported to the island.

"Cuba represents an important market for the U.S., and we are here to recognize that, despite the challenges we face right now, the path to agreements in agriculture remains viable. A clear example of the cooperation we are seeking would be for the chicken containers we export to Cuba to return with shrimp imports," the U.S. executive noted.

In addition, the executive pointed out, among the fundamental objectives of the Agricultural Coalition he represents are to establish bilateral trade, revitalize business relations around agriculture, and permanently end the blockade. " This week we are here as soldiers of collaboration and friendship," he said.

Moraima Céspedes Morales, director of international relations at the Ministry of Agriculture stressed the importance of these exchanges, as they provide an ideal scenario for presenting the trade projections of the two countries, as well as common research perspectives in favor of agricultural development.