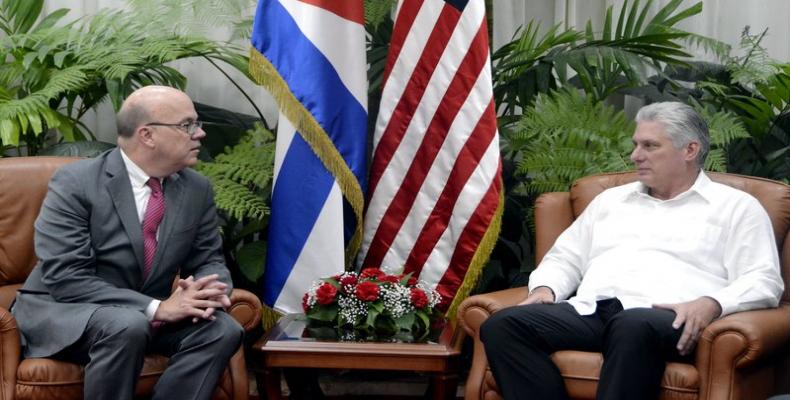 Havana, October 4 (RHC)-- Cuban President Miguel Diaz-Canel received this Friday in Havana the Democratic congressman from the state of Massachusetts, James McGovern, president of the Rules Committee of the House of Representatives of the United States Congress, who is visiting the Caribbean island.

During the meeting, they exchanged about the relations between the two countries and other issues of common interest.

Also present with the visitor were Matthew Bonaccorsi and former Congressman William Delahunt.  On the Cuban side were the Minister of Foreign Affairs, Bruno Rodriguez, and the General Director of the United States Department of Foreign Affairs, Carlos Fernandez de Cossío.