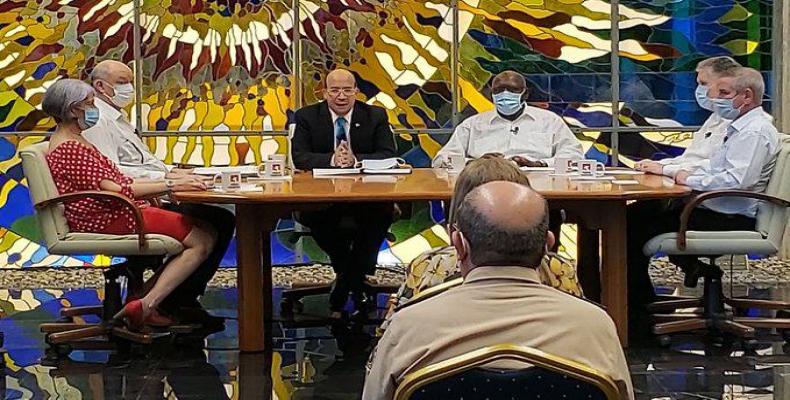 Havana, July 16 (RHC)-- This Thursday, in an extraordinary session of the Council of Ministers, the economic-social strategy to boost the economy and face the global crisis caused by the COVID-19 was approved.

At the meeting, the President of Cuba, Miguel Díaz-Canel Bermúdez, made an important speech, which is broadcast on the Round Table program.

Since last May, the Council of Ministers adopted a strategy of preparation to face the current world situation and, as far as possible, to continue transforming the economic and social model of the country.

The Economy Plan for the current year was then adjusted, the process of drawing up the one for 2021 was initiated and, in parallel, work continued on the National Economic and Social Development Plan until 2030.

President Miguel Díaz-Canel Bermúdez began his speech by explaining how Cuba's current situation is framed in a world with a complex and challenging scenario, as a result of the health and economic crisis caused by the COVID-19.

In this context, the island must face the coming months with the conviction that "we cannot continue to do the same in the area of the economy, because that way we will not obtain the results we need," he said.

Therefore, the Political Bureau of the Cuban Communist Party (PCC), presided over by Raul Castro, approved last week a strategy that is being presented today in the Council of Ministers.

"We have approved a strategy that is yielding results, an economic and social plan that, in a first stage, we have already approved in the Political Bureau.  We seek to strengthen the economy in the face of the world situation and we will immediately begin its implementation," said the Cuban president.

Taking as a starting point the situation in the world and in the country, the public debate, in social networks and in academia, was analyzed.  "We have looked for where the spotlight is," the president said.