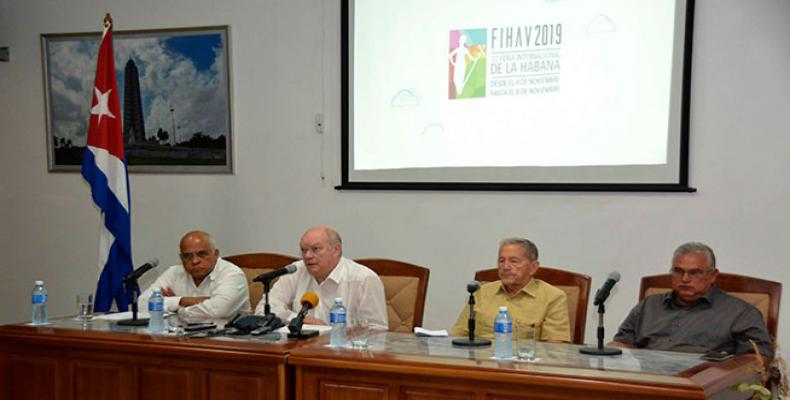 Havana, October 15 (RHC)-- More than 50 countries have confirmed their participation in the 37th Havana International Fair (FIHAV 2019), which will take place from November 4-8 at the Expocuba fairgrounds.

The event will be dedicated to Havana’s 500th anniversary next November 16th.

In a press conference, Rodrigo Malmierca, Cuban Minister of Foreign Trade and Foreign Investment, said that despite the tightening of the blockade imposed by the United States, FIHAV will be consolidated as one of the most representative trade events in Latin America and the Caribbean.

The minister also informed that parallel to FIHAV 2019, the 4th Business Forum will take place to promote bilateral meetings between Cuban business people and potential foreign investors, on which occasion the new Foreign Investment Opportunities Portfolio and Cuba's Third Commercial Directory will be presented.

Abraham Maciques, director-general of the Palco Business Group, said he expects the accreditation of more than two thousand foreign people in business, including Americans who disagree with the policy of the Donald Trump administration, as authorities of the port of Alabama.

One of the novelties of FIHAV 2019 will be the presentation of the Single Window for Foreign Trade, which will function as a platform to inform and streamline export procedures in the face of the need to boost foreign investment.

The International Fair of Havana is an annual multisectoral trade event whose main topics are, among others, raw materials, food, and beverages, consumer goods, equipment and technology.