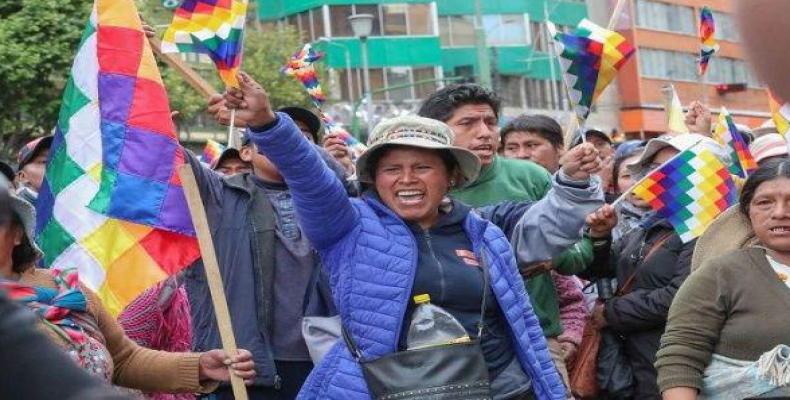 Havana, November 19 (RHC)-- Cuban President Miguel Diaz-Canel denounced on Monday the creation of more than 68,000 false Twitter accounts to support the recent coup d'état in Bolivia and blamed the United States for the destabilization in that South American nation.

Díaz-Canel noted the "brazenness, fake news and media manipulation" used on Twitter to distort the realities of what has happened in recent weeks in that Andean country.

In another tweet, the Cuban president said that the U.S. embassy is ultimately responsible for the destabilization in Bolivia, alluding to a report published in the daily Granma.

The publication also takes up a tweet dated November 13 by former President Evo Morales, who stated that the Washington embassy in La Paz had been the main responsible and promoter of the destabilization of the Plurinational State of Bolivia.

“The coup d'état that causes the deaths of my Bolivian brothers is a political and economic conspiracy that comes from the U.S.,” said Morales, who resigned his post to avoid the excesses of opposition groups and is now in exile in Mexico.

From the Mexican capital, the former Bolivian president warned on Twitter that instead of pacification, “the coup plotters order defamation and repression against brothers from the countryside who denounce the coup.”