Cuba works to improve its immigration policy despite blockade 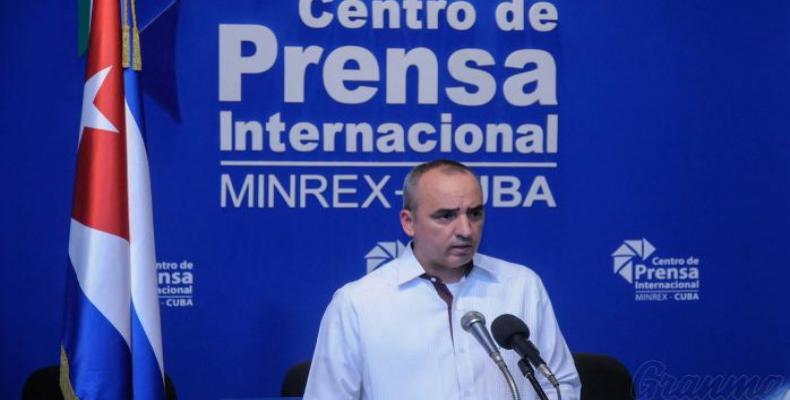 Havana, December 11 (RHC)-- Ernesto Soberon, Director General of Consular Affairs and Cuban Residents Abroad at the Ministry of Foreign Affairs, said Tuesday that the Cuban government is working to continue improving the country's migration policies, despite the prohibitions of the U.S. administration.

At a press conference on Tuesday, Soberon said that the 4th Conference on the Nation and Emigration will take place in Havana between April 8 and 10, 2020.

He described the meeting as an unequivocal demonstration by the Cuban government of maintaining stable and fluid ties with its nationals in other latitudes, their descendants and relatives.

The meeting coincides with the intensification of the aggressiveness of the current U.S. Government against Cuba, which has increased the impact of that nation's criminal economic, commercial, and financial blockade on the Cuban people.

Soberon added that many Cubans living outside the country are members of 166 organizations in 79 nations, from which they defend the sovereignty of their homeland and speak out against the blockade.

The Foreign Ministry official also reported that over the last six years, Cubans had made more than four million trips abroad for personal reasons. Those residing abroad have made more than three million entrances into the national territory.

In this context, he also denounced the entry into force today of the new flight restrictions imposed by the White House towards the island nation. It consists of the suspension of commercial flights between the U.S. and provinces in Cuba except for Havana.