Diaz-Canel is back from Argentina, Raul welcomed him at the airport 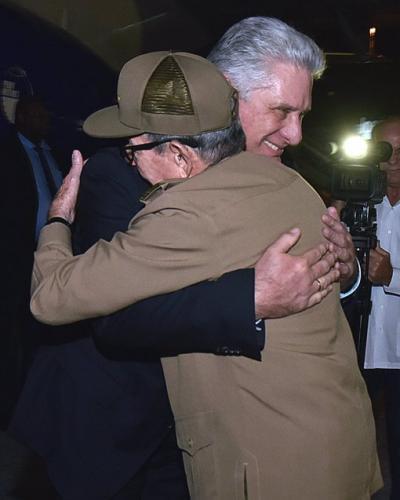 Díaz-Canel wrapped an intense visit, where he witnessed a historic and hopeful moment for the South American country with the country’s new leadership.

That was the reason that took him for the first time to Buenos Aires with non-stop days that concluded on Wednesday with a meeting in the Casa Rosada with the new president and then with Vice President Cristina Fernandez, who welcomed him at the National Congress.

With Alberto Fernández, he shared the common will to strengthen bilateral relations and promoting economic-commercial relations.

"We have a commitment of friendship with Cuba," the Argentinean president told his Cuban counterpart.

In addition to his meeting with Alberto and Cristina Fernandez, Diaz-Canel toured one of the largest clandestine centers of the last military dictatorship in Argentina (1976-1983), the former School of Mechanics of the Navy, accompanied by several of the torture center's survivors.