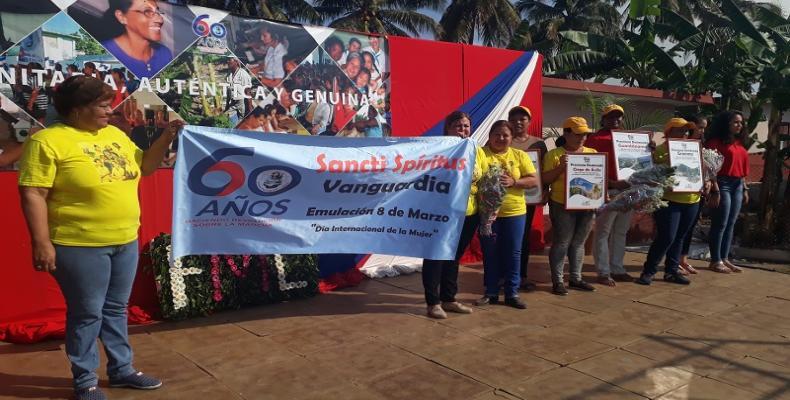 The gathering took place on Friday in Cabaiguan, in the central province of Sancti Spiritus, in recognition of the outstanding performance of the provincial branch of the women's organization.

Echoing the situation Cuba is living because of the reinforcement of the US blockade, Amarelles Boue, ratified at the event that no shortages, material deprivations, interruption of public services, coercive measures or slander campaigns will manage to bend the resistance and resilience of Cuban women.

This year the celebrations in Cuba for International Women's Day, are dedicated to the 60th anniversary of the FMC, the 90th anniversary of its founder,  Vilma Espín, the Centenary of Celia Sánchez, and the young women and farmers whose organizations are in Congress.