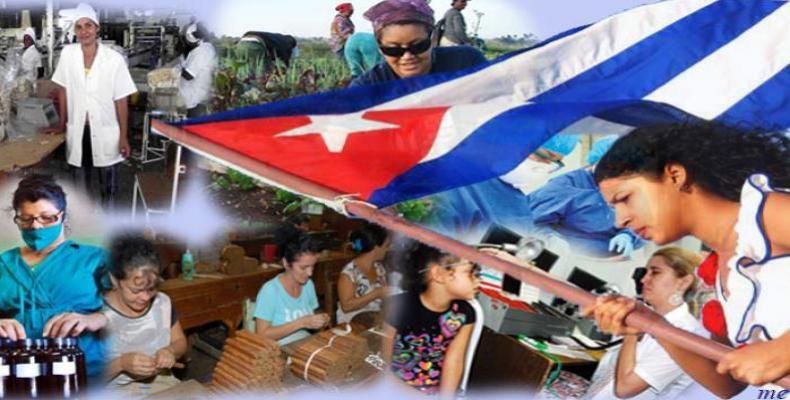 The secretary-general of the Federation of Cuban Women (FMC), Teresa Amarelle, highlighted the government's commitment to that purpose, which led to public policies to promote their integral development and guarantee the full exercise of their rights.

According to data from the National Statistics and Information Office, Cuban women make up 53.22 percent of deputies to Parliament and 49 percent of the labor force.

The female force's decisive role during the fight against the Covid-19 pandemic is widely recognized in the country, where it is in the front line, representing 69.6 percent of those working in the health area.

They are also essential in research on new drugs and care protocols. Their involvement in obtaining five vaccine candidates that are going through different phases of clinical trials is remarkable.

However, the FMC secretary-general acknowledged to the press that there is still a long way to go, so the country approved the National Program for the Advancement of Women (PNAM) in November 2020.

This governmental agenda, made up of 44 measures, seeks to bridge the existing gaps in the search for gender equality, based on promoting education with these approaches aimed at families and communities, and public servants.

The program also includes aspects related to public policies for women's economic empowerment, facilitating care work, and the fight against gender violence and forms of discrimination, which cut across all the program's objectives.

In Cuba, we will not allow impunity in the face of violence against women, said Amarelle, and added that a gender observatory is being prepared to measure the impact of what has been done to improve the program's implementation.