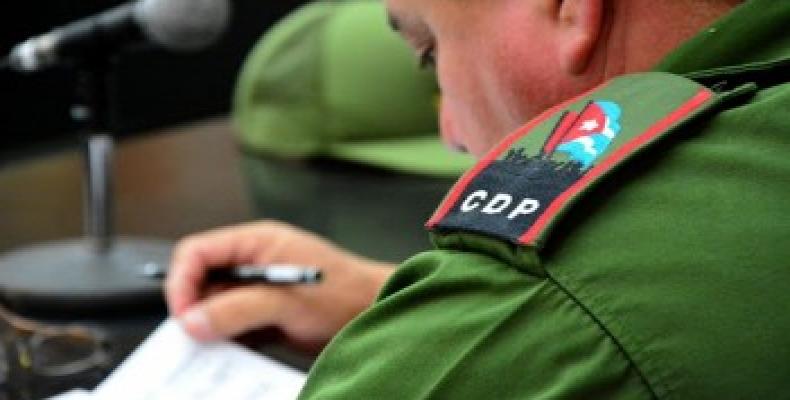 Havana, March 23 (RHC)-- Cuba activated on Monday all the Defense Councils at provincial levels and at some municipalities in reduced format, following the decision of the Cuban Communist Party leader, Raul Castro Ruz, and the President of the Republic, Miguel Diaz-Canel.

According to the island´s Constitution, those bodies are subordinated to the National Defense Council, and they are activated in peacetime to lead the country during times of war, general mobilizations, or state of emergency.

Prime Minister Manuel Marrero stated the decision at the end of a special TV program to announce new measures to confront the COVID-19 epidemic on the island.

He said that the decision seeks the support of all preventive actions to control the spread of the disease.

After recalling that the novel coronavirus is circulating in Cuba, Marrero warned that the measures adopted would be of no use unless everybody contributed to their enforcement.

“Without the support of the population, the situation in the country could worsen. We have a seasoned and effective public health system. Still, we need our people and our institutions to accompany that system,” he stressed.

After stressing that the isolation of people has been proven to be the most effective method, he noted that staying at home is a matter of social responsibility.

The Cuban Prime Minister said that there would be other economic measures announced during the week. They will prioritize commerce, production, and service activities for the benefit of the people, and he stressed the need for more food production.

“We are importing the food products that our people need, and taking into consideration the new circumstances in tourism, all the resources that were destined to that sector, will be now assigned to satisfy the general needs of the population.”

To that effect, Manuel Marrero said that the Council of Ministers would meet next Wednesday to continue appraising measures associated with the fight of the disease and new economic rules.

On behalf of the island´s top leadership, the Prime Minister thanked all of those who are participating in the efforts to control the COVID-19 in Cuba.

“Beyond political affiliations or religious creeds, it is time to unite forces,” he said.