Cuba contains the pandemic, but can't be overconfident 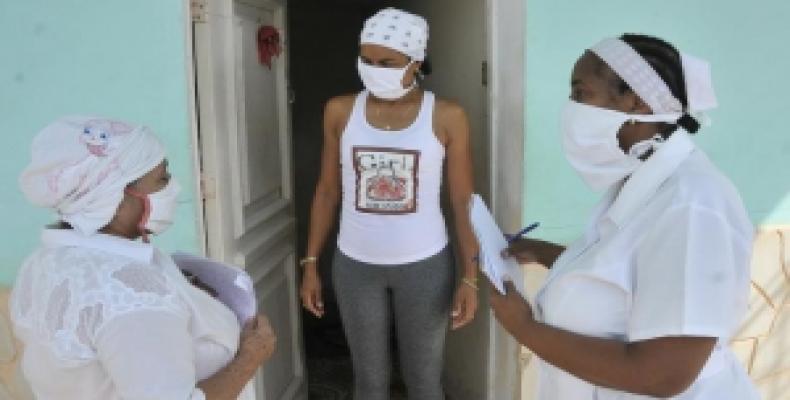 Havana, July 14 (RHC)-- As the world dawned Monday with 222,967 new people infected with COVID-19, two new cases were reported in Cuba, one of them with a source of infection abroad.  These figures, although they do not constitute a reason for confidence in the current scenario, speak of how much work is still being done on the island to contain the spread of the disease, which has its current epicenter in the region of the Americas.

This was stated in the information provided by the Minister of Public Health, José Angel Portal Miranda, at the Monday afternoon meeting of the temporary working group for the prevention and control of the new coronavirus, which is led by the President of the Republic, Miguel Díaz-Canel, and the Prime Minister, Manuel Marrero Cruz.

The information also detailed key actions that continue to be developed, such as the isolation of contacts and suspects, active research in communities, and the application of a greater number of pcr samples and rapid tests among the population, with the purpose of searching for cases, highlights the daily Granma newspaper.

Portal Miranda also referred to the two local transmission events that remain open - out of the 46 that have been reported - both in Havana province: in the popular councils of Los Sitios and Pilar-Atarés, in the municipalities of Centro Habana and del Cerro, respectively. He noted that one of the positive cases reported on Monday was detected, thus accumulating 25 in that event.