US blockade violates the rights of Cuban women 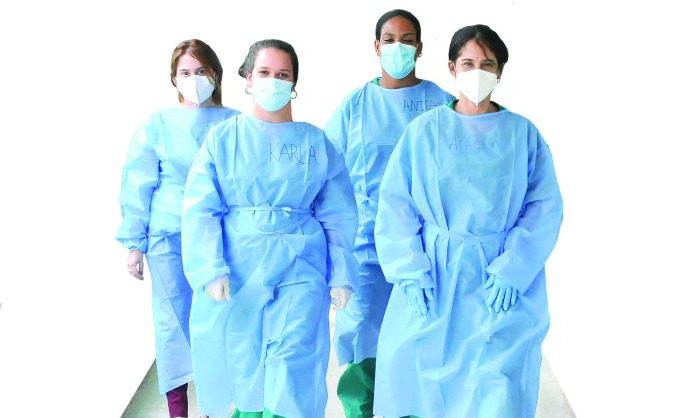 Women make up the majority of medical brigades serving in different regions of the world, in those brigades that the U.S. government is working to unfairly link with human trafficking, said Teresa Amarelle. Foto: Ismael Batista Ramírez

The FMC leader made a virtual appearance at the high-level segment of the U.N. General Assembly Beijing +25, which is meeting to mark a quarter of a century after the IV UN World Conference on Women.

Amarelle said that Washington's hostile policy is the most deadly form of violence against her female compatriots, while the siege on the Caribbean island is intensifying "ferociously in times of pandemic.

Despite this, she said, Cuban women show progress in their empowerment due to the State and Government's political will, expressed through the implementation of laws, policies, and programs.

"Our society, without being perfect, is a demonstration of inclusion. The new Constitution of the Republic of Cuba endorses its commitment to the principle of equality and non-discrimination,' she added.

In that sense, Amarelle stated that Cuban women receive equal pay for work of equal value.

Advanced labor legislation guarantees our rights in the state and non-state sectors, including paid maternity leave, a benefit available to fathers and other family members, she stressed.

The FMC head explained that her peers have access to social security programs and enjoy free quality education and health services, including sexual and reproductive services.

Among other data, she indicated that women occupy 49 percent of the civil state sector; moreover, more than 80 percent have an upper middle level or higher.

They make up 70 percent of professional judges and prosecutors; 53.5 percent in the science, innovation, and technology system; and 69.6 percent in the public health sector.

Women make up the majority of medical brigades serving in different regions of the world, in those brigades that the U.S. government is working to unfairly link with human trafficking, which we strongly denounce and reject, she concluded.