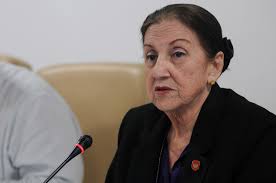 During a virtual stock-taking of their work in2020, members of the Parliament's International Relations Commission insisted on reinforcing the dissemination of the Caribbean nation's truths and its just struggle against Washington's recrudescent aggressions.

The work of the parliamentary group was developed in a complicated scenario, characterized by the harmful U.S. policy and the impact of the Covid-19 that altered the work schedule with other nations, said the Commission's head, Yolanda Ferrer.

For his part, the vice-president of the section, Alberto Núñez, expressed his gratitude for foreign parliamentarians' position in rejection of U.S. aggressions, recognizing the work of the Henry Reeve Contingent in the face of Covid-19, and its nomination for the Nobel Peace Prize.

The deputies also reviewed the fulfillment of the objectives proposed for 2020, particularly the defense of the principles of the Revolution's foreign policy and the continuous development of bilateral and multilateral parliamentary relations.

Among the most significant actions were the reception of the president of the Pan-African Parliament, the Parliamentary Group of Friendship with Cuba in the Senate of the Congo and the Group of the Progressive Alliance of Socialists and Democrats of the European Parliament, among others.

Likewise, the participation of the president of the ANPP, Esteban Lazo, in the meeting held with the ambassadors of the Caribbean to offer extensive information on the new Cuban Constitution and the intense legislative process stood out.