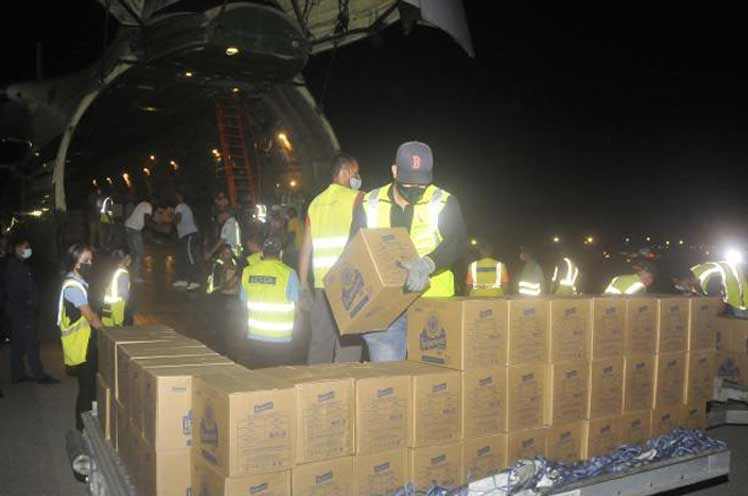 Havana, July 30 (RHC) Cuban President Miguel Díaz-Canel acknowledged the increase in international aid and thanked for the solidarity towards Cuba in the difficult situation it is going through.

The President said on Twitter that solidarity with Cuba is increasing in these challenging times. Our gratitude and thanks to the governments and people that help us.

The dignitary commented on an article in the Granma newspaper on various actions to support the Caribbean nation, which is facing the strongest outbreak of Covid-19 when the tightening of the U.S. blockade is accentuating the shortages among the population.

"We will stand shoulder to shoulder with the Cuban people, who in the most difficult moments of our history were by our side," said the Vietnamese leader.

On Friday,  Cuba will receive 20 tons of humanitarian aid sent by the Bolivian government.

In a televised speech, President Luis Arce said that the shipment is a gesture of reciprocity with Cuba.

The Cuban newspaper also recalls the appeal by Mexican President Andres Manuel Lopez Obrador. He urged the United States to put an end to the blockade.

One of the two Mexican Navy ships bringing solidarity aid to Cuba is expected to arrive on Friday.

In the next few days, another ship will dock from Nicaragua, which will also unload aid for the Cuban people.