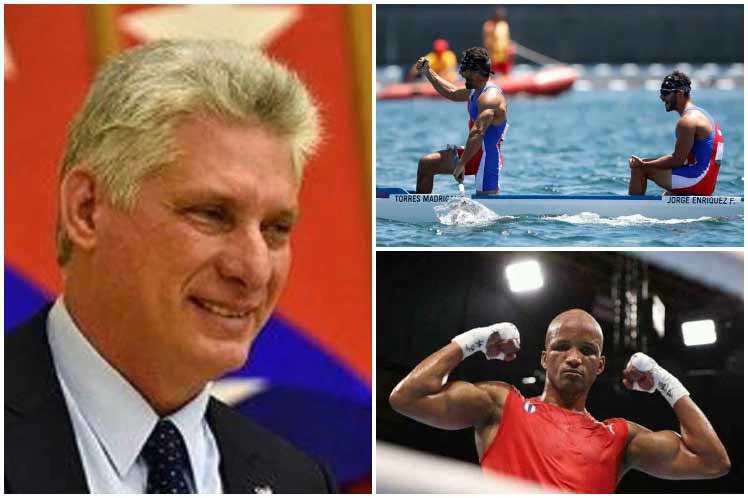 Heart-stopping competition spent by Fernando Dayán Jorge and Serguey Torres in the C-2 to 1000 meters! Another spectacular gold for Cuba in Tokyo2020. Congratulations, guys, last night you had millions of Cubans rowing with you!" wrote the President.

He also referred to the victory achieved by boxer Roniel Iglesias, who returned to the top of the Olympic podium in the Japanese capital after defeating Britain's Pat McCormack 5-0 in the 69-kilogram final.

Roniel Iglesias is gold, and boxing, the flagship sport, is on the move. A prize for effort and consecration. Congratulations champion. Cuba expects a lot from Cuban boxing, he said.

After these victories, Cuba moved up to 14th place in the medal chart, with four gold, three silver, and four bronze medals, for 11 so far.