Cuba:  close to 70 percent of its population vaccinated against Covid-19 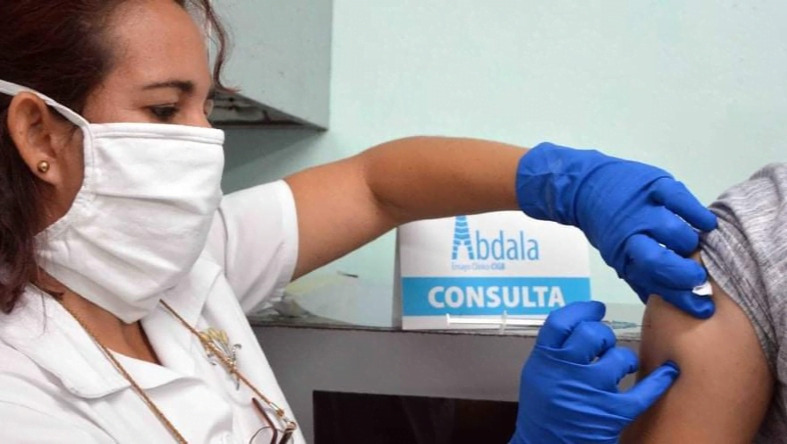 Havana, October 19 (RHC)-- Cuban authorities informed that immunization against Covid-19 is progressing as planned, and almost 70 percent of the vaccinated population is fully immunized.

During the regular meeting of the national working group to face the pandemic, the Minister of Public Health,  José Ángel Portal Miranda, assured that this process had impacted the reduction of daily positive cases, hospitalizations, and deaths.

According to the Minister, between 200,000 and 300,000 doses of immunogens are administered daily, reaching 69.2 percent of the population with the complete immunization schedule at the end of October 17.

This includes those convalescing from the disease who receive a single dose of Soberana Plus, developed by the Finlay Vaccine Institute (IFV).

On the other hand, more than 99 percent received at least one dose of Soberana 02, also from IFV, or Abdala, the latter designed by the Center for Genetic Engineering and Biotechnology (CIGB), while 84.2 percent have the second injectable.

The minister pointed out that the diagnosis of positive cases decreased by 38.4 percent compared to the previous week.

The national director of Epidemiology, Francisco Duran, said that at this rate, the country would meet the goal of immunizing 90 percent of its inhabitants by the end of November.