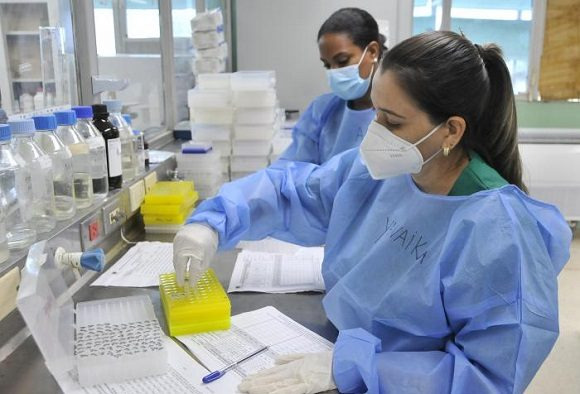 Havana, Jan. 26 (RHC)-- Cuba expects the World Health Organization (WHO) to endorse this year the Abdala anticovid vaccine, manufactured in Cuba, for emergency use, which would facilitate its export.

Rolando Pérez Rodríguez, director of Science and Innovation of the BioCubaFarma biopharmaceutical industry group made the statement at a briefing  organized by the Progressive International (PI).

The lack of approval by the WHO "has not been a deterrent" for several countries to have requested the use of Cuban vaccines, but, if the approval of the global body is obtained, a "faster" use would be guaranteed, Perez explained.

The executive pointed out that the three vaccines already approved on the island (Soberana 02, Soberana Plus and Abdala) have already been exported to countries such as Iran, Vietnam, Venezuela and Nicaragua, and he also stressed that they are being negotiated with another 15 nations, all of them low-income.

Likewise, representatives of the Cuban pharmaceutical complex stressed that the country will also submit to the WHO in the coming days the necessary dossiers for the approval of the Soberana02 and Soberana Plus formulas.

This Monday, during a visit of the IP to the Finlay Vaccine Institute, where the Soberana vaccines were developed, its director, Dr. Vicente Verez, confirmed the intention of presenting these dossiers to the WHO and said that although "the process takes months and costs a lot", Cuban specialists have "very valuable clinical data, of a first-level".

However, he acknowledged that "in terms of infrastructure and production processes, some elements must be adjusted", as quoted by Prensa Latina (PL).

Progressive International confirmed its support for the internationalization of Cuban vaccines against COVID-19 and to the immunization process against the disease developed on the island.

Its general coordinator, David Adler, visiting the island, affirmed that Cuba is an "example that should be replicated" in the fight against the infectious disease in the world and, in particular, in southern countries, which have a low vaccination coverage, and pointed out that his organization seeks to learn from the Cuban experience and contribute to spread its model of immunization against COVID-19.